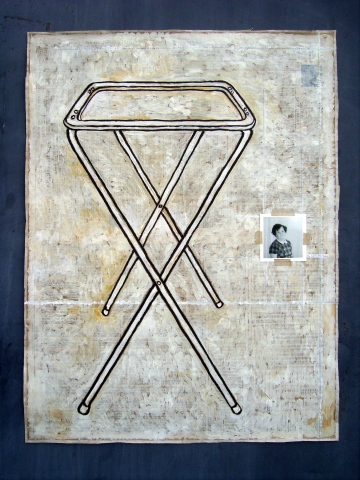 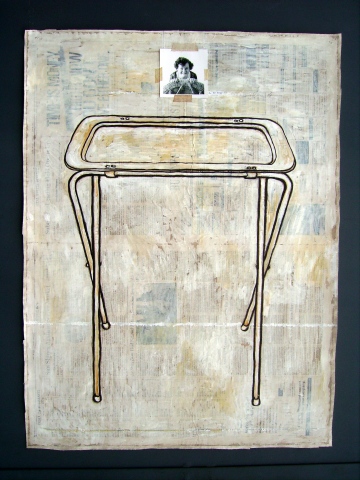 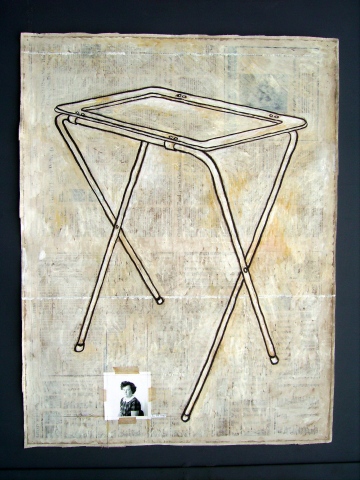 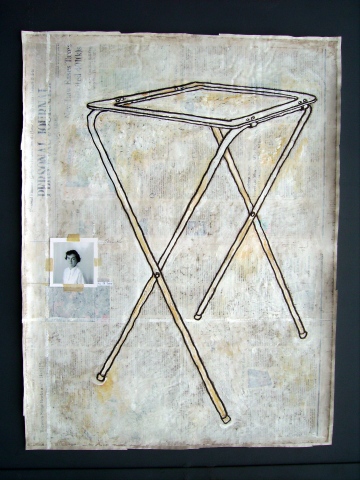 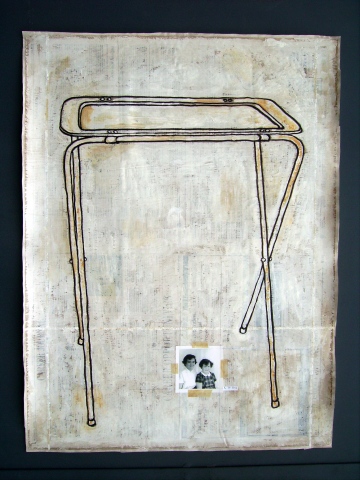 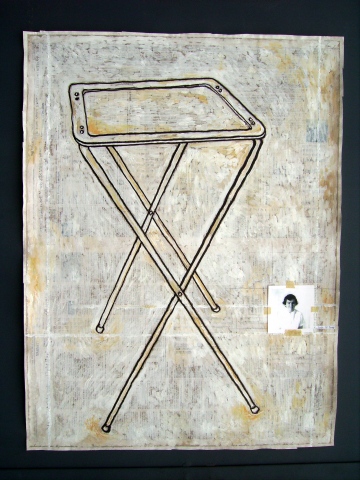 Meant to be shown in sets; TV Trays, 1 through 6, or TV Trays, 1 through 3, or TV Trays, 4 through 6. TV TRAYS Growing up, I recall six TV trays stacked in the corner of our family living room. We never used them. In July of 2005 Gerry Thomas, the innovator of the TV dinner, died. Someone wrote about how his TV dinners supported the feminist movement; “Though convenient, TV dinners changed the way families related to one another and to food.” I read that Mr. Thomas never made money on his TV dinner idea. After many years at Swanson, he left and became an art gallery director in New York. My family always ate dinner together at the dining room table. I wish we had used the TV trays.